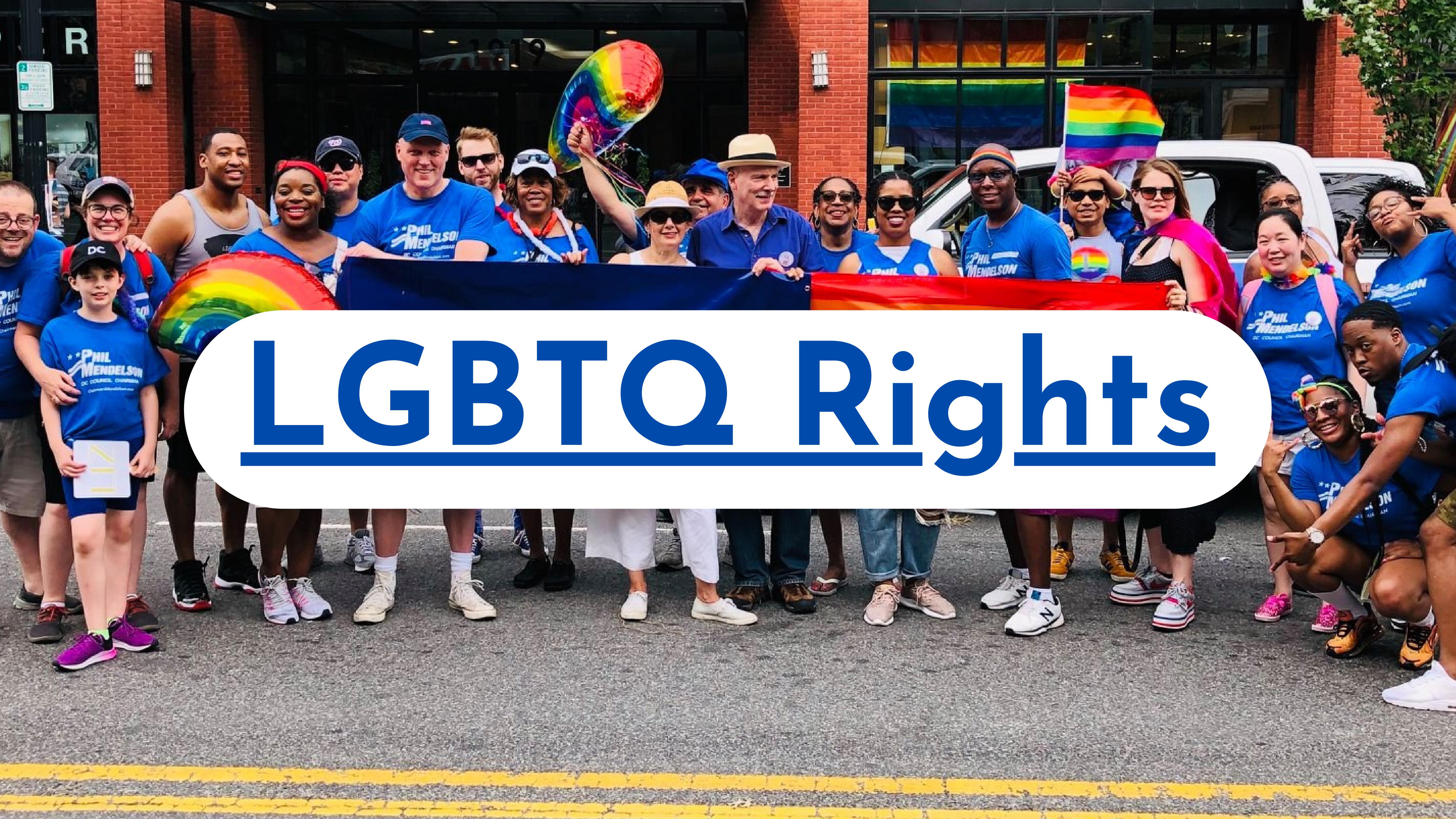 The District is home to a vibrant, Lesbian, Gay, Bisexual, Transgender, Queer or Questioning (LGBTQ) community that has been at the forefront of pushing for progress. According to the Williams Institute, nearly 10% of the District’s population identifies as LGBTQ.

During my entire tenure on the Council I have worked to make the District an inclusive and safe place for the LGBTQ community. Among the most important legislation that I have authored:

In addition, I have led or supported efforts to:

But I recognize that much more work needs to be done to ensure that LGBTQ residents can live freely, without fear of discrimination, violence, or ostracism for being LGBTQ. This is particularly true for LGBTQ People of Color who often face discrimination and violence on multiple fronts. To address the challenges faced by LGBTQ residents, I commit to:

1. Supporting an LGBTQ-inclusive education curriculum. Right now, legislatures across the country are attacking and erasing LGBTQ-inclusive curriculum. We must ensure that education in the District includes the history and contributions of LGBTQ people, and medically accurate, inclusive, comprehensive sex education that speaks to issues LGBTQ youth face.

3. Investing in culturally competent and affirming mental health and substance use services for LGBTQ people. We know that LGBTQ people are more likely to utilize service providers who have deep connections to their community, and that this results in higher rates of successful treatment.

5. Expanding the definition of “family member” in our Universal Paid Leave Program to include chosen family. As it is currently written, LGBTQ people who provide care for chosen family would be unable to utilize leave.

6. Periodically re-affirming the policy of the District government encouraging tolerance and condemning bigotry. Also, continually pressing the United States Attorney to prosecute hate crimes and signal bigots that discrimination and hate have no place in the District. Further, ensuring that the Office of Human Rights has adequate resources to enforce our Human Rights Act.

7. Representing the Council before Congress in opposition to any efforts to overturn our anti-discrimination and human rights statutes.