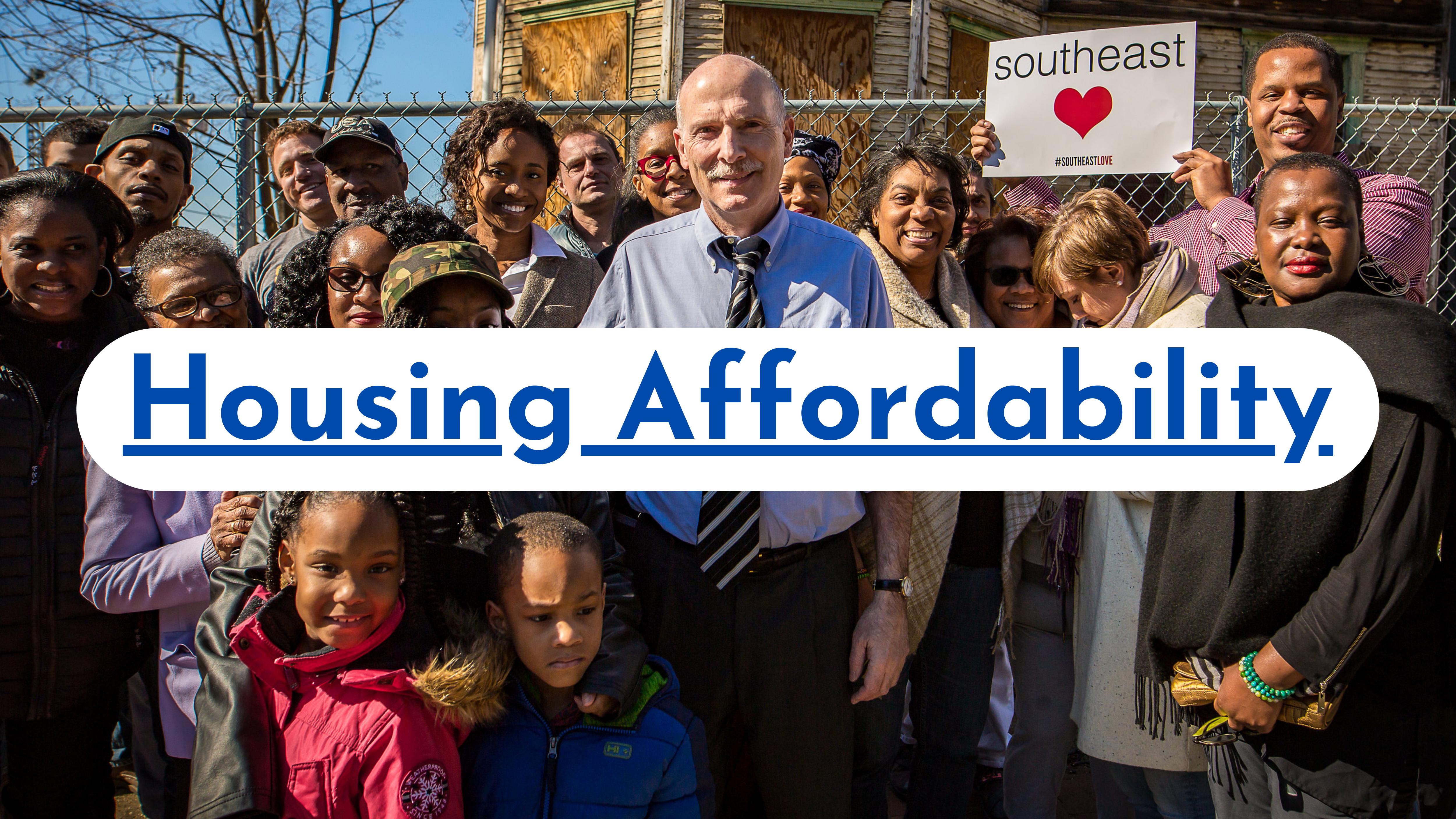 There is no question that there is an affordable housing crisis in our city. The crisis is not unique to our city – but still, it’s a challenge that our government must address.

When I first started out as a civic activist, I was a tenant leader at McLean Gardens - at the time a moderate income 723-unit rental complex. We fought for rent control. We fought for tenant protections against condominium conversions and to establish the tenant opportunity to purchase when developers came along to evict tenants. I have not forgotten.

Indeed, over the past year I got through the Council a 10-year extension for rent control; I rewrote (with unanimous Council approval) the Mayor’s Comprehensive Plan to make affordable housing the highest priority; I authored legislation (just adopted) to reform the eviction process; I authored legislation (enacted last fall) to revise and expand access to emergency rental assistance (ERAP); I substantially increased funding for the Access to Justice Initiative; and I added tens of millions of dollars to the city’s budget for various housing initiatives.

I have not forgotten.

If we value diversity – which I do – and we value our long-time residents – which I do – then the District government must ensure an adequate supply of affordable housing. No sitting councilmember has a longer, stronger record on this issue than I.

1) Supportive of greater investments. Every year I use my authority as Chairman to rework the Mayor’s proposed budget and move through the Council a revised final budget. I have used this authority to increase investments for affordable housing.

5. Other Initiatives To Increase Housing

The bottom line is that with Phil Mendelson you have a legislator who not only supports efforts to preserve and increase the supply of affordable housing, but will fight for it, and be on the lookout for new approaches.